There are many risks when handling dry bulk materials, and a company’s safety record has become an important performance metric for those of us in leadership. In the past, it was common for plant managers and supervisors to consider employees personally responsible for any errors they may make, and therefore, entirely responsible for their own protection. When workplace accidents occurred, the frontline workers involved were often blamed for whatever losses or injuries took place.

However, years of observation and research have shown us the folly of this “blame the worker” approach, uncovering the complex systemic issues that contribute to workplace safety. Companies now recognize the critical role that a facility’s leadership plays in maintaining a safe workplace and promoting an effective safety culture among their teams. By shifting our focus from the workers involved in an accident to a root cause analysis of what went wrong, the influence of supervisors and plant managers is often revealed.

When a workplace accident occurs, the first question asked is often, “Who is responsible?” There exists a fundamental psychological tendency among humans to attribute other peoples’ misfortunes to bad choices or personality traits. As we shift from person-centered to systems-centered approaches to managing safety, it’s no longer sufficient to simply single out an employee or equipment issue for blame and declare the problem solved.

If the underlying circumstances that led to the accident aren’t corrected, it’s only a matter of time before another incident will occur. Creating a workplace environment and culture that actively promotes safety takes time and focus – and ultimately it’s the decisions of supervisors and managers that will determine whether these efforts succeed or fail.

For all the focus on improving safety conditions at a systems level, long standing industry attitudes can be slow to change. Instead of simply disciplining or terminating employees in response to serious accidents, leadership must take a comprehensive approach and seek to understand root causes so that they can improve plant safety moving forward.

In the wake of an accident, management and supervisors should focus on:

In industries where dry bulk materials are stored, handled, transported, or processed, there is often a great deal of inherent risk and little room for error when it comes to operating safely. Managers and supervisors who truly want to make a difference in the lives of their teams embrace their role as safety leaders and seek to implement new ways of recognizing and eliminating unsafe conditions.

Supervisor Safety Attitudes Protect Teams (Or Put Them at Risk)

Safety leaders who embrace what’s been called a “human & organizational performance” approach to safety recognize that humans are error-prone and that there are often multiple interrelated factors that contribute to a workplace accident. Good safety leaders work to actively engineer potential hazards out of their work environments, rather than just telling employees to “be safe”.

By understanding their important role in accident prevention and using their position to make continuous safety improvements, these leaders develop safer teams with fewer accidents – and the research backs this up. It’s quite telling that industry studies that assess supervisors’ safety attitudes and beliefs have predicted with great accuracy which supervisor would have the most accidents among the workers they oversee in the months ahead.

In investigating why an accident occurred, investigators often uncover dangerous practices and beliefs around safety among staff, from the frontline workers to the supervisors and managers overseeing them. Oftentimes, those in leadership don’t even recognize their attitudes as problematic, because despite giving lip service to safety they haven’t learned and internalized appropriate safety attitudes.

Identifying any workplace where taking shortcuts and ignoring safety policies is the norm, and it’s basically a given that the facility’s managers and supervisors are lacking safety leadership and communication skills. Fortunately, these skills can be learned and developed with appropriate training and accountability.

Even with strong safety values, the method by which managers and supervisors lead their teams can have a big impact on safety outcomes. In 1991, scholars Bruce Avolio and Bernard Bass identified 3 leadership styles, terming them Laissez-faire, Transactional, and Transformational.

Laissez-faire is French for “Let them do (what they want)” and is the least active way of leading people. A manager or supervisor who seeks only to avoid conflict and avoid responsibility is unlikely to inspire their team to actively raise safety concerns or work to eliminate unsafe conditions.

A transactional supervisor will promote compliance with safety policies through a system of rewards and punishments. This may work to gain some compliance with safety policies from employees, but it lacks the vision for improving conditions beyond the default state. It also leads to bargaining, whereby the manager adjusts safety expectations depending on the situation.

In contrast to the other leadership styles identified, transformational leaders are committed to larger long-term safety values and goals. They express high expectations for their team members and offer support and guidance to help them achieve individual and group safety goals together. Unsurprisingly, these leaders have fewer accidents, injuries, and fatalities among the workers they oversee. 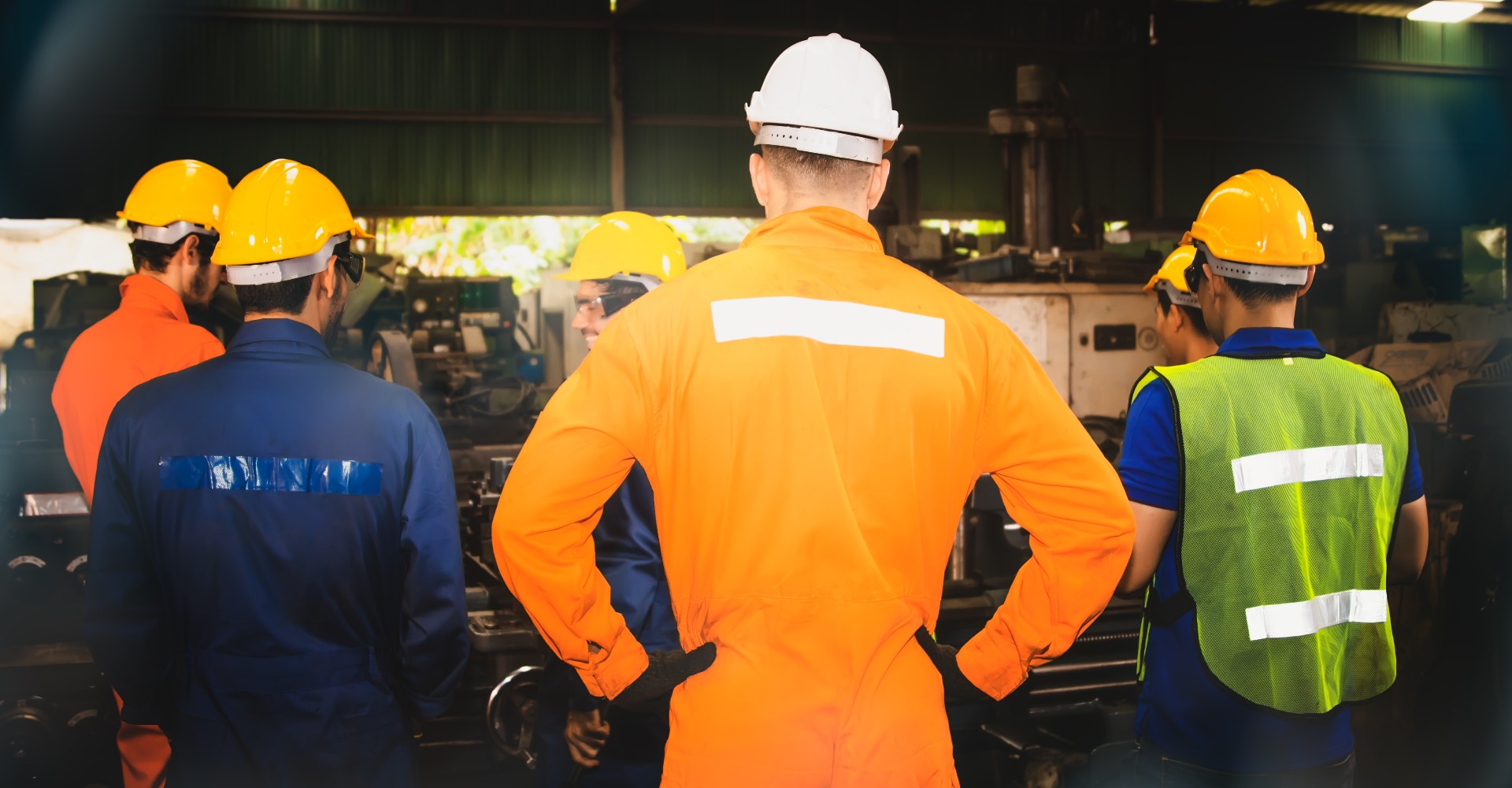 Leaders who have managed to build a strong safety culture and protect their teams from harm share a number of traits and practices. These include:

By providing each employee with a clear understanding of their role and what is expected of them, safety awareness becomes just another job duty. Supervisors and plant managers must lead by example and instill a positive attitude towards safety and inspire a shared commitment to working together to help defend ourselves and our coworkers against workplace hazards every day.

One way in which supervisors ensure the health and safety of their teams is by conducting routine risk assessments. Setting aside time to evaluate equipment and processes for safety concerns is a minor investment of time that can prevent major emergencies down the line.

Conducting risk assessments helps us to better understand any weak points in our processes. For example, a clogged silo may represent an opportunity to invest in safer silo cleaning equipment or seek out professional silo cleaning services to return your plant to full capacity while preventing the need for confined space entry or other hazardous silo cleaning activities by employees.

The best way to eliminate a potential hazard is to engineer it out of the workplace altogether. For example, say you work at a facility where workers spend hours banging away on truck trailers with rubber mallets to get product out of the hopper. Even if an injury has yet to occur, the frequency and intensity of this activity means the odds of a strain, sprain, or other musculoskeletal injury are unacceptably high. By implementing an automated unloading solution, the unsafe activity is eliminated and overall risk is reduced.

Safe workplaces promote the idea that each employee is responsible for defending their own safety and the safety of their coworkers as part of an overall company commitment to employee wellbeing. Oftentimes, employees are governed by internal safety policies and procedures as well as detailed Federal guidelines like those set forth by the Occupational Safety and Health Administration (OSHA). By understanding the laws and regulations that apply to you and communicating them effectively to your team, you can meet your compliance goals while reducing the chance that an accident, injury, or fatality will occur on your watch.

One of the most important things leaders should strive for at their facility is cultivating a solid safety culture where employees feel empowered to speak out on safety issues. For example, at a railcar loading facility in Iowa, workers were required to climb onto each railcar and push material around with a scoop shovel during the loading process to eliminate voids in the edges of the hopper cars. This difficult manual labor being performed at heights in dusty conditions exposed workers to the risk of falls, dust inhalation, and musculoskeletal injuries.

After raising their concerns with supervisors and the plant manager, an automated railcar load optimization system was installed to help meet fill weights and eliminate manual topping-off activities, while also saving the facility millions in transportation costs in the first few years of operation.

Take Responsibility for Your Team Today

It’s clear that plant managers and supervisors must seriously consider their role in maintaining a safe environment for their employees. On top of adapting their leadership styles and attitudes towards safety, leaders can also implement new procedures, preventative measures, and equipment from suppliers like Pneumat Systems to enhance safety at their facility.

Over the years, Pneumat Systems has worked with plant managers, supervisors, and other personnel at grain elevators, oilseed crushers, pet food processors, cement plants, mines, and all kinds of industrial locations that have to contend with some serious safety concerns. We’re proud to have helped countless safety leaders like you make a difference in their companies by implementing systems that reduce or eliminate hazard exposures while introducing new efficiencies to increase productivity. Contact Pneumat today to learn more about our industrial equipment safety solutions and join us in our mission to create a safer world, free from bulk flow issues.🅿 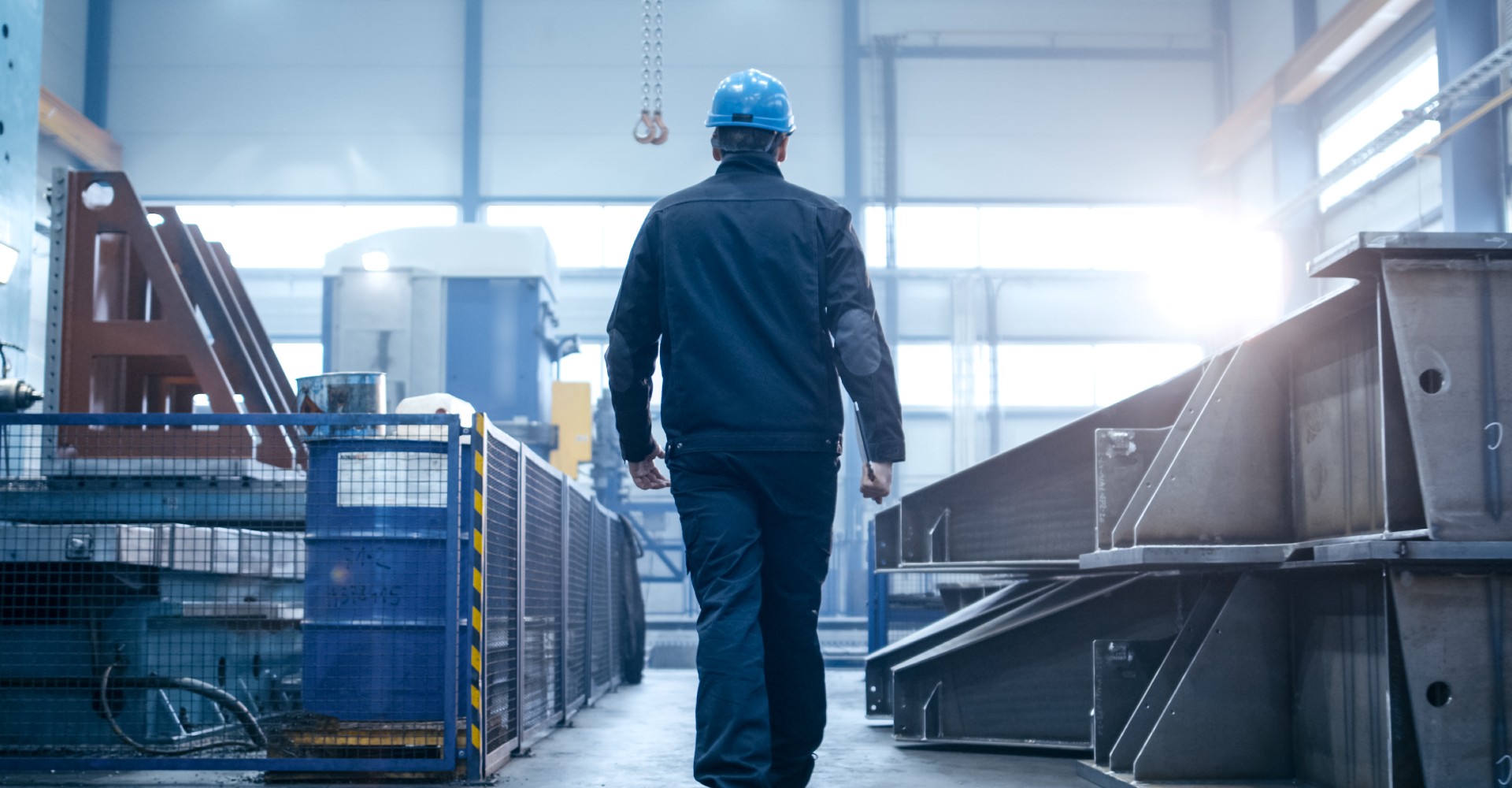